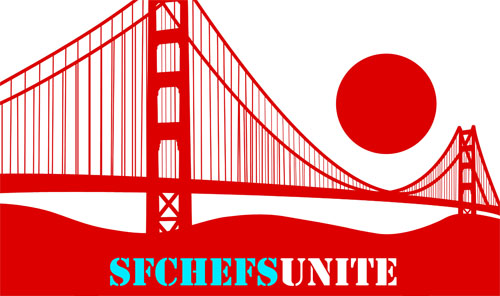 On May 7th & 8th a line up of top San Francisco chefs will create a meal you can’t get anywhere else. Join us for a cocktail reception, a 6 course Japanese inspired meal with beer, sake, wine and cocktail pairings from some of the best in the business, while perusing the silent auction for local goodies. It’s a night to mix and mingle with some people in your community while helping a great cause.

Leaving aside the worthiness of the cause, if someone asks you if you would like to help out at a benefit featuring chefs which include: Michael Black (Sebo), Danny Bowien (Mission Chinese Food), Jake Godby (Humphry Slocombe), Jordan Grosser (Stag Dining), Robbie Lewis (Bon Appetit), Richie Nakano (Hapa Ramen), and Chat Newton (American Box) you really don’t say no. These are some of the most important names among San Francisco’s Restaurant and chef scene. What I’ve seen of the menu looks off the charts!

I’ll be contributing a punch to be served during the Cocktail Hour and silent auction which precedes the dinner. There will also be beer pairings by Jesse Friedman (of Beer and Nosh and Sodacraft), Wine and Sake pairings from Alex Fox and Alex Finberg, and Cocktails from Scott Baird and Josh Harris of Bon Vivants.

Whenever I’ve made my variations on Jerry Thomas’ California Milk Punch, I’ve always been struck by how similar the ingredients are to the famous San Francisco drink known as “Pisco Punch”.

While most people these days make Pisco Punch a la minute, especially since we have Small Hand Foods Pineapple Gum Syrup at hand, it was originally a real Punch, prepared in a large batch and served out of a bowl.

When they asked me to contribute a Punch for the SF Chefs Unite Benefit, I returned to the quintessential San Francisco Beverage, and decided to return it to its roots.

I called up Encanto Pisco, and they agreed to donate some of their most excellent Pisco for the cause.

Here’s the plan, in a slightly smaller volume recipe:

Heat water and add tea. Steep 6 minutes and stir in sugar. Strain tea leaves out of syrup and chill.

Strain Peels and Spices out of Liquid. Juice other two lemons and add to Flavored Booze Mixture. Heat milk to 140 degrees Fahrenheit. Add to Flavored Booze Mixture. Allow to stand undisturbed for 30 minutes and filter through cheesecloth, removing milk solids. Add Tea Syrup to filtered booze mixture and pour into clean containers. Allow to stand for a couple days. Rack clear liquid off of any accumulated sediment into clean bottles and store. Chill well before serving. Serve on ice and garnish with freshly grated nutmeg. Makes about a gallon.

I hope to see you there! 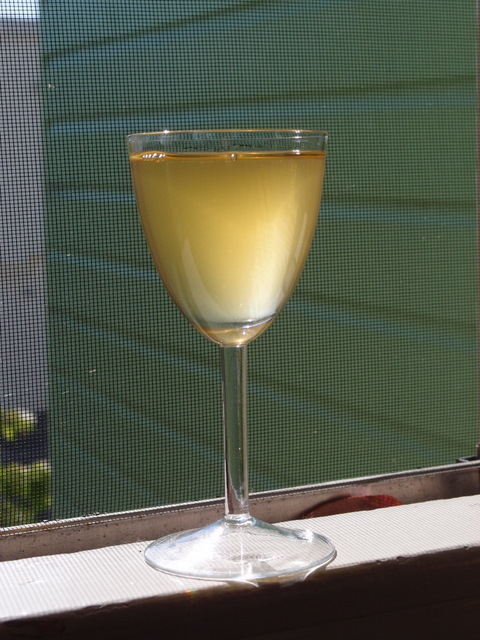